(1ai)
Optimum population refers to the size of a population that produces the best results according to chosen end targets.
(1aii)
Overpopulation is an undesirable condition where the number of existing human population exceeds the carrying capacity of Earth.
(1aiii)
Under population is a situation where the population is too small relative to the available resources.
DO YOU NEED Neco 2019 Mathematics Answers? JUST CLICK HER.E
(1aiv)
migration is the movement of people from one place to another with the intentions of settling, permanently or temporarily at a new location.
(1b)
[ADVANTAGES]
(Pick two)


(ii) Over population is the source of large market

(i) Over population lead to increase in crime wave


(iii) Over population leads to unemployment and underemployment

(2a)
(i) Limited area of operation: It can be used only in a limited area which is served by deep canals and rivers.


(ii) Seasonal fluctuations in the volume of rivers: Rivers and canals cannot be operated for transportation throughout the year as water may freeze during winter or water level may go very much down during summer.


(iii) Siltation of rivers: deposition of sediments or particulate matter carried by the flowing water of the river due to gravity and turbulence leads to change in river course which causes dislocation in the normal route of the trade.


(i) Dredging of rivers

(iii) Water weeds should be put under permanent control


(iv) Loans should be granted to construct and maintain seaports

This basin is found in Cross River, Akwa Ibom and parts of Abia states.


(i) Farming which leads to production of food and cash crops like rubber, oil palm, etc


(ii) Fishing due to presence of rivers and ocean.


(iii) Lumbering due to presence of economic trees (timber).


(iv) Mining due to presence of limestone and petroleum

(4iv) Problems of development:
(i)Transport is very poor owing to presence of many rivers and swamps.


(iii) Water and land pollution due to mining of petroleum.


(iv) Problems of farming and fishing created by oil spillage. 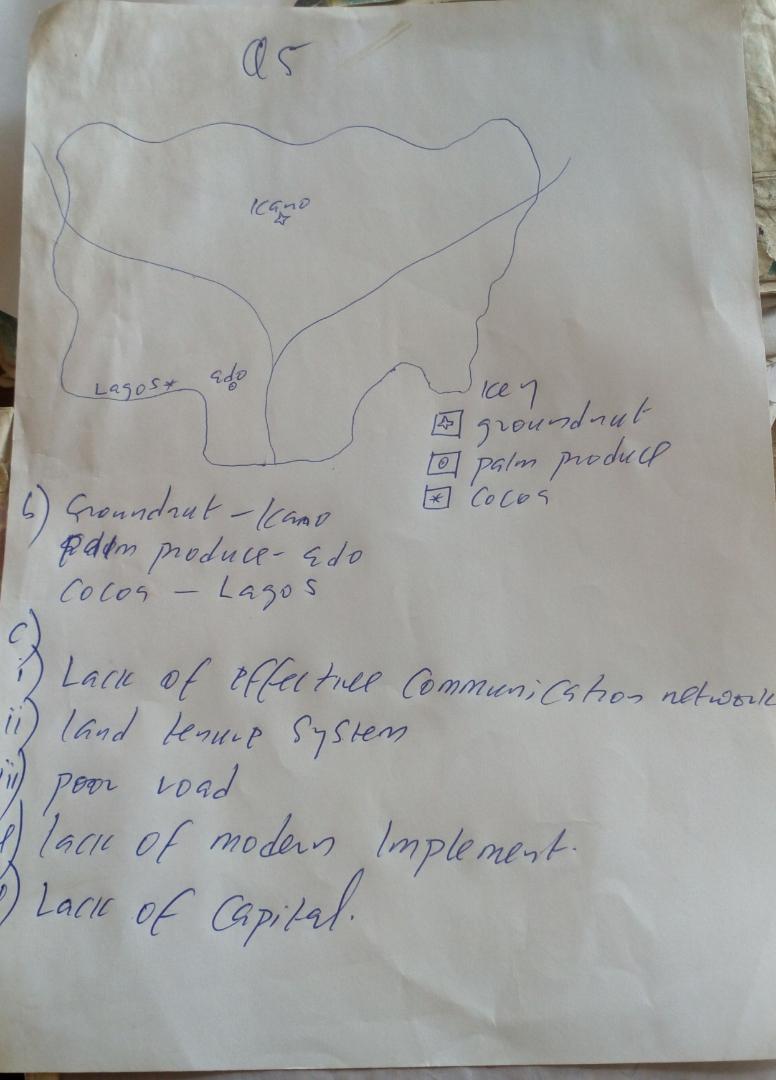 
(i) To promote economic corporation among member-states


(ii) To promote trade among member-states


(iii) To promote free movement of people within the sub-region, without visa.


(v) To contribute to a common fund to be used to compensate countries that loose economically, as result of their membership of the organization 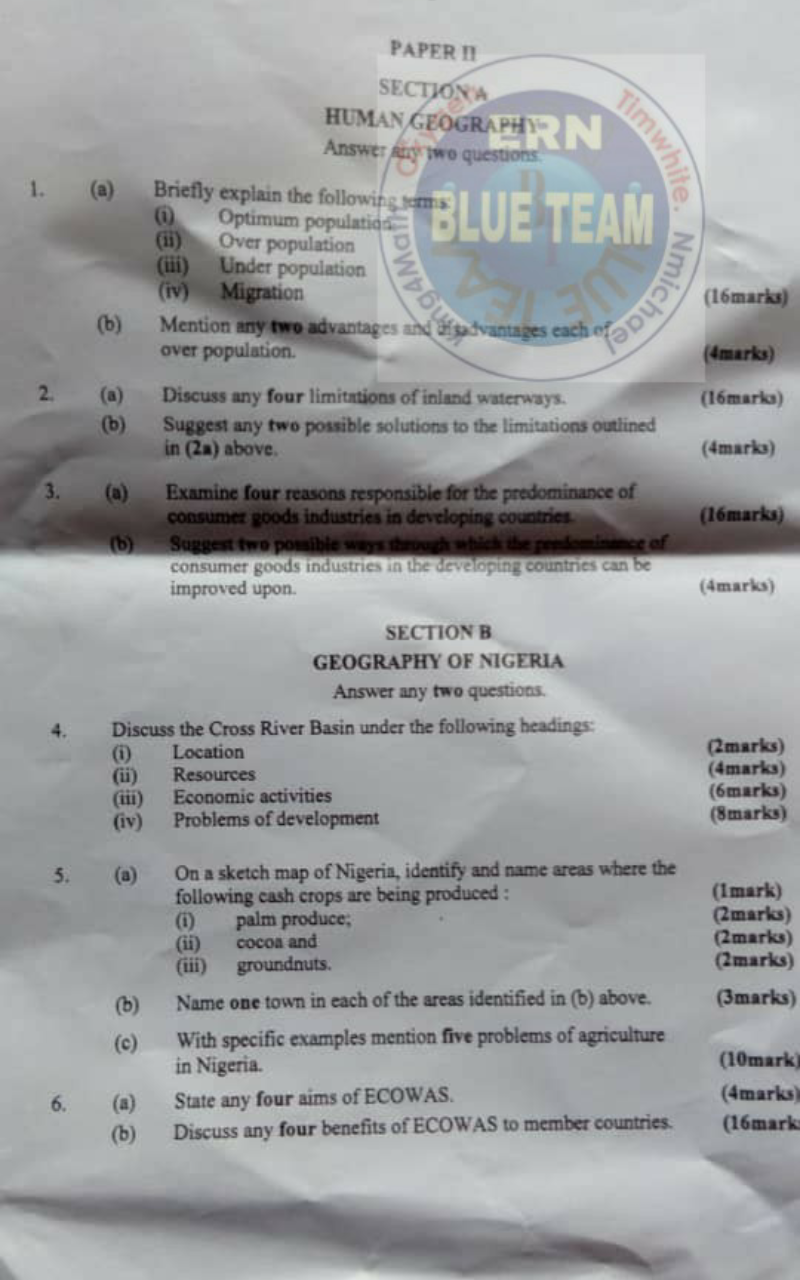 Copyright © 2013-2022 Examlord All Rights Reserved
CHAT ADMIN
CHAT ADMIN
News Flash🔥
Admin🤵
Note: All payments for our JAMB/WAEC 2022 EXPO started on 14th JANUARY 2022 to end on 1st February 2022.
Pay now if you want to be among our candidates.