1. In the search of food for their survival.

2. To protect themselves from their enemies.

3.To get a suitable temperature for their reproduction.

4.To get a perfect habitat to increase their survival rate

bi ) it is responsible for the transport and distribution of sugars produced by the photosynthesis.

iii) it is responsible to transport water from roots to stems and leaves, but it also transports nutrients.

iv) it is responsible for reproduction

3. Small or No Leaves

An image is formed on the retina with light rays converging most at the cornea and upon entering and exiting the lens.
Rays from the top and bottom of the object are traced and produce an inverted real image on the retina.
The distance to the object is drawn smaller than scale.

(2b)
(i) Excretion is a process in which metabolic waste is eliminated from an organism.

(iii) Deforestation refers to the decrease in forest areas across the world that are lost for other uses such as agricultural croplands, urbanization, or mining activities.

(3bii)
The relationship is known as commensalism in which the remora fish gains while he shark neither gain nor loose. In this case, the remora fish attach itself to the shark which transport it round the water protecting it form predators and it also obtain it’s food through the process. The shark on the other hand neither gain or loose.

(3di)
Ecological niche: This is the exact position by an organism in a particular habitat

(3dii)
Population density: This can be defined as the total number of organism per unit area of the habitat

(3diii)
Climax community: This is established when a stable or unchanging community is attained, thus the community is in equilibrium with the environment

(5ai)
(i) A sexually active male lizard is large, brightly coloured/with an orange/blue head
(ii) female lizard is smaller and less colourful/brown with green markings
(iii) dominant male lizard defends its territory
(iv) by driving away/fighting off/lashing other males with its tail
(v) male displays its full colours in front of female
(vi) female responds by arching her back and lifting her tail vertically
(vii) male tries to catch her
(viii) female usually runs away
(ix) when caught mating may take place.

(5aiii)
-COCKROACH-
(i) It belongs to class-Insecta.
(ii) They contain 3 pair of legs.
(iii) Body divided into head,thorax and abdomen.
(iv) They contain sensory organ called antenna.
(v) They bear 2 pair of wings.
(vi) Their body is covered with a protective layer called as cuticle. 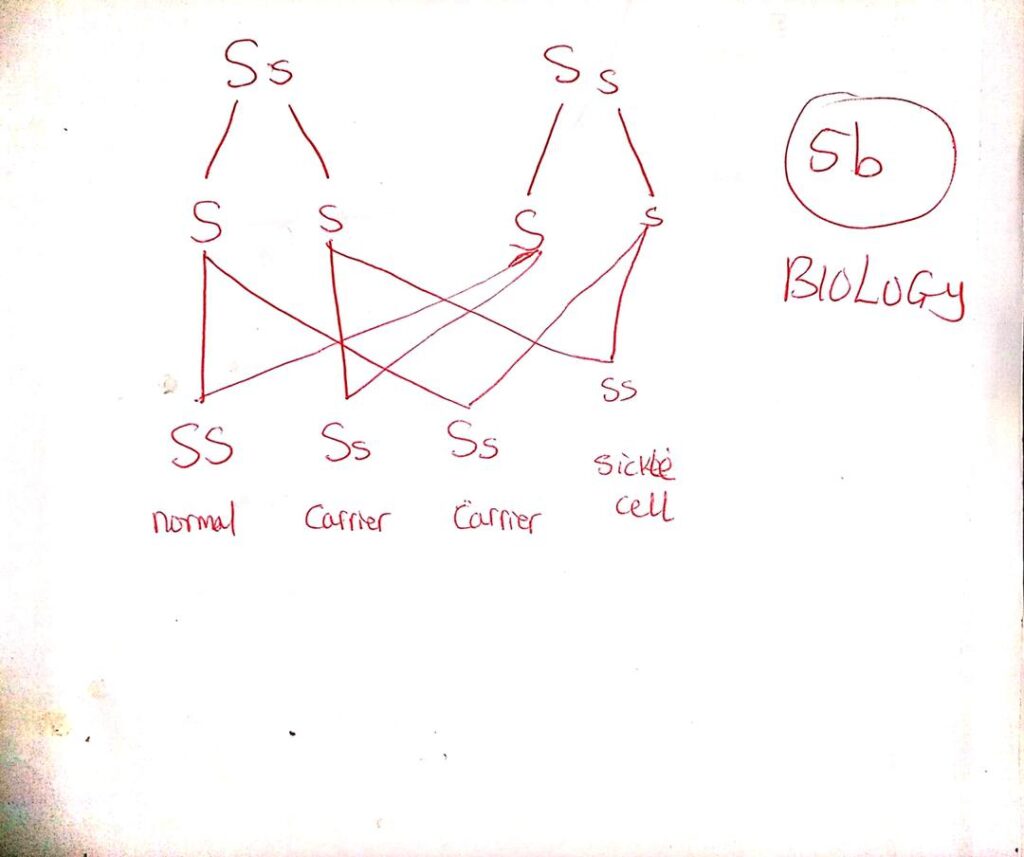 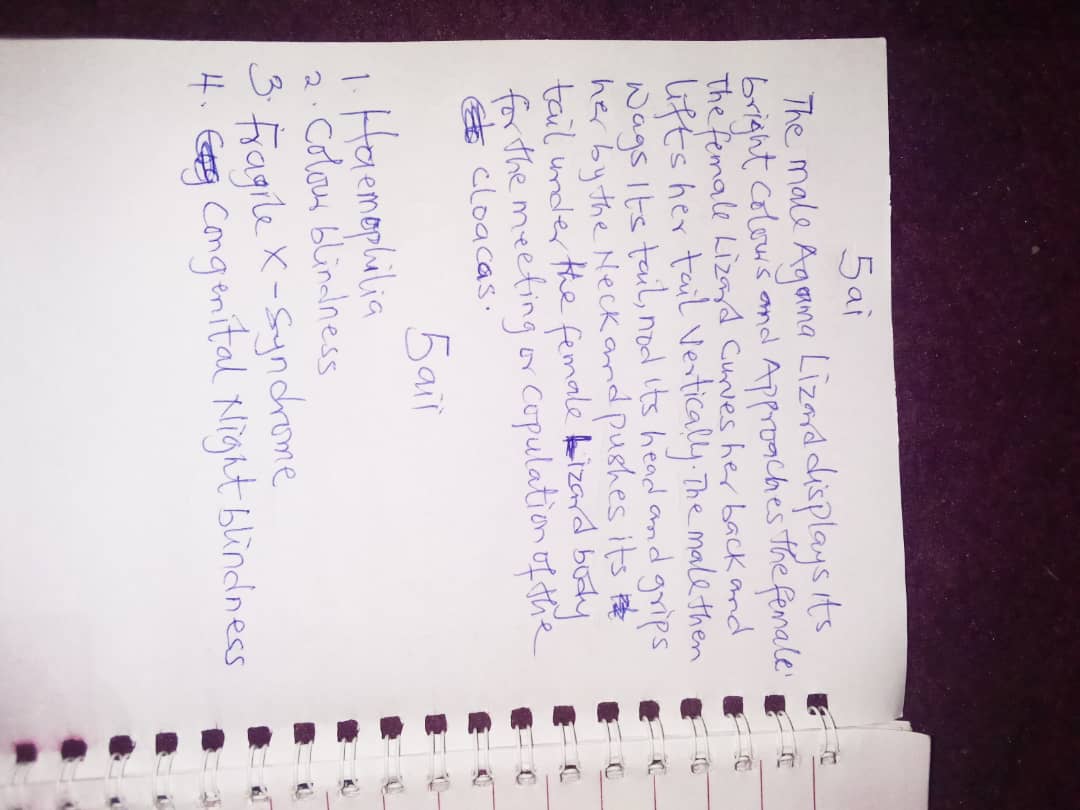 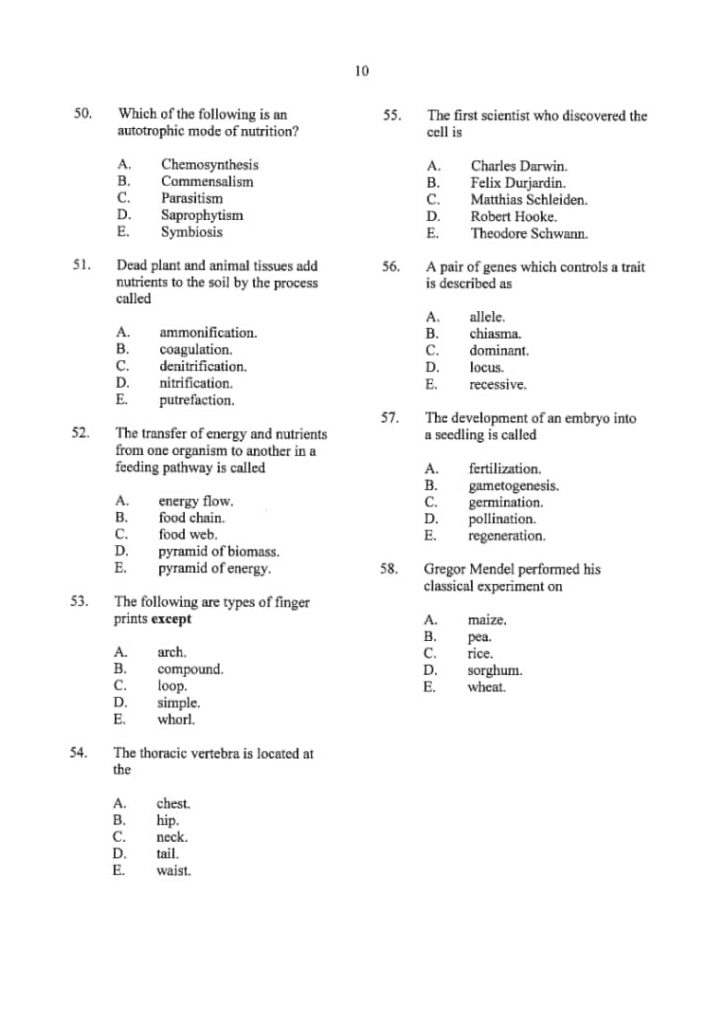 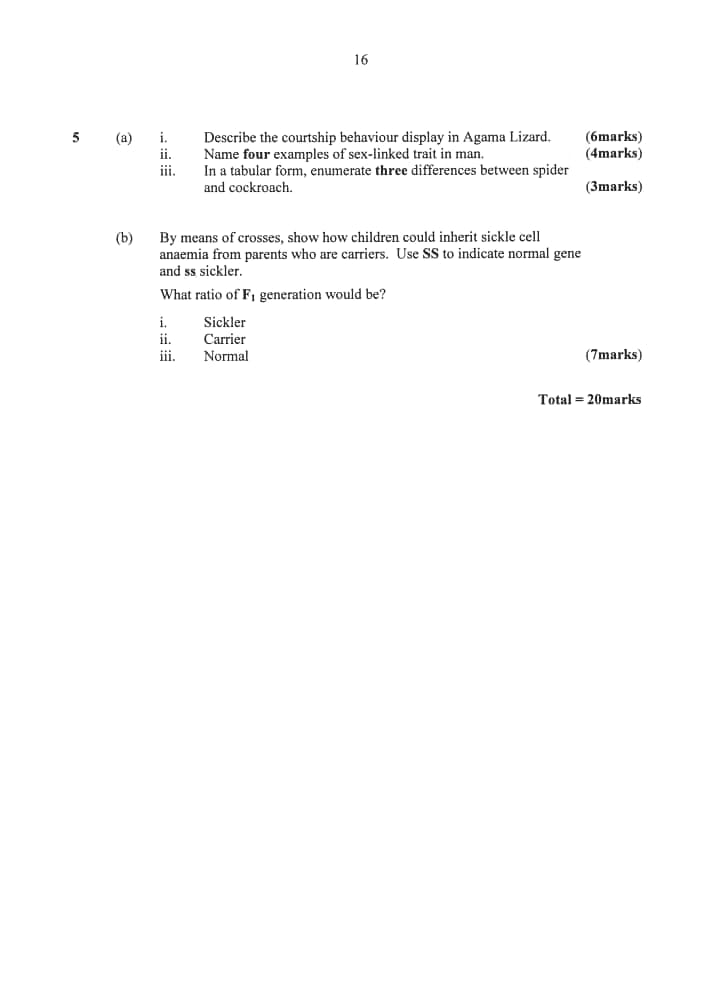