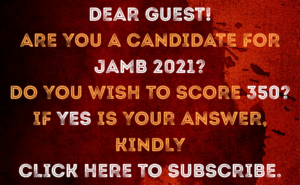 1. ALIYA : Aliya Bello is the only child of her parents. She is a smart girl who has A grades in almost all her school subjects. She is also a model student who will soon be appointed that head girl of her school.

Being a young adult, she has a lot of questions aboutabout life and is quick to ask her best friend answers to these questions. Her best friend is her dad as they are always together when she returns home from the boarding school.

She is an attentive girl who is reserved and observant. In some situations, she allows herself to be trampled upon due to her low self-esteem that builds up over the years due to her body size. In some other cases, she is quick to react to negatively as she does when one of her classmates condemns her and other Muslims to hell because they are not Christians and they are murderers .

Aliya is not very social but she already thinks of rendering her services to the human race in the nearest future. This reflects in her choice of wanting to initially study medicine in order to help children who have asthma like her. Also, she wants to donate inhalers to the school clinic for asthmatic students who don’t have inhalers.

2. MR. BELLO: Mr. Bello is Aliya’s father. He is a learned man who values education and reading books. He is morally upright and he is a good father who performs his duties excellently well to his daughter. He is attentive, patient and consistent.

He gives his daughter the best thing a child can ever ask for – love, care, attention and a father-daughter relationship.

3. MRS. BELLO: Mrs. Bello is Aliya’s mother. She is a nurse and a good mother too. She supports her husband’s decisions and opinions though she may not agree with them. She is quick to anger and doesn’t hide it when she is.

4. BOBO: Bobo is Tokunbo Alabi’s nickname. He is the first guy to declare likeness for Aliya. However, his love can be regarded as an infatuation as it soon fades away. Aliya sees him with other girls he has probably proclaimed same love for and he eventually leaves for Ireland without saying a word to her about it.

NOTE : Answer the following question using the comment box. Thanks

1. At what age did Aliyah started menstruating

2. At what age d i d Aliyah started wearing bra

3.Who told Mr. Bello that Aliyah have started menstruating

4. Who said this “do you know that too much sugar affect ladies doing menstruation?

5. What is the color of Aliyah’s mug

6. What is Mr Bello’s best color

7. Who said this “Pay me so that I can teach you the secret to making his tea ”

8. The letter Mr Bello sent to Aliyah on her 16th birthday was based on the outings they had

9. Who is Aunty Gigs

11. Common sex is everywhere, who said this

12. Don’t tell me you don’t Netflix, who said this

13. Who wanted his son to be a lawyer

14. What was Aliyah’s first Ambition

15. What did s he later concluded on becoming

16. Who is an Asthmatic patient

18. Why did Aliyah’s friend cheat during the physics exam

19. I don’t think she is happy with what she did, who said this

20. Parents shouldn’t compare their children with each other said by who?

1. Who is the protagonist in the book sweet sixteen ?

2. What was the introductory statement on Aliya’s 16th birthday letter?

3. In the department of rascality and smartness who was the gold medalist?

4. To Aliya what is the meaning of being dumb?

ANS. Not being intelligent.

5. What is the title of chapter one of sweet sixteen?

6. What is Aliya’s mother profession?

7. What is the name of Aliya’s father?

8. To Aliya being called a child is the same thing as?

9. At the birth of Aliya what was he fathers profession?

10. The only thing Aliya’s father thought was worth celebrating was?

11. The name of the writer of sweet sixteen is ?

12. What name disgusted Aliya most?

ANS. You could call her chubby, plump but not fat.

13. At What age did Aliya start wearing bra?

14. At what age did Aliya get i nto secondary school?

15. What was Aliyas perception about her roommate Grace?

ANS. She was a nice and generous person.

16. What was the proof that Aliya was serious in her chemistry for the term?

ANS. It reflected in her continuous Assessment and she made an A at the end of the term.

17. What kind of girls did Mr. Bello say boys like?

18. According to sweet sixteen what is the main aim of chess game?

19. Why did Aliya not return Tokunbos teddy bear which he gave her on Valentine’s day?

ANS. She thought she won’t do that without hurting him.

21. What is the title of Aliyas 16th birthday letter?

ANS. ”Letter to my daughter”

1. What was Aliya’s sixteenth b i rthday present?

2. What was so special about Aliya’s 16th birthday letter?

ANS. It had 16 pages and each page for each year of her life.

3. What was Aliya doing when grace returned from the bathroom on Aliya 16th birthday?

4. What are the definitions Mr. Bello give as the meaning of dumb girls?

ANS. A girl who needs to live up to peoples’s expectation

5. What statement does Aliya father make to end discussions during visiting days?

ANS. ”By the way do you still have your inhalers ”

7. What advice did Aliya’s father give to her when she asked if she could return the teddy to bobo.

ANS. “Well is a decision you have to make for yourself”.

8. Mention two incidence that stopped Aliya from returning Bobo’s teddy to him?.

ANS.The duty master approaching them in their mode of discussion and secondly tokunbo travelling to Ireland.

10. She felt she could be charged for the number of words she spoke who is this?

11. What surprised Aliya about her 16th birthday letter?

12. Apart from Public relations job another occupation considered by Aliya’s mother for her father is?

13. Who is the king of boys according to the novel?

14. What did Aliya’s friends tell her about having male siblings?

15. What was the name of Aliya’s mathematics teacher?

16. “Must you always be a jerk, she asked menacingly” who was this statement referring to and why??

ANS. To Akin because he pronounced mensuration as menstruation which made the whole class burst into laughter.

17. What was people’s perception about Grace?

ANS. People thought she was a snob because she did not like talking.

18. Aliya’s birthday gift while in school was mostly given to her by?

20. To perform well in the terminal examination what was Aliya’s plan?

ANS.To improve her question answering speed by taking off five minutes allowed to each question.

21. What was the title of Aliya’s 12th birthday letter.

ANS .Happy birthday my first lady, remember only God is greater than you.

22. At primary school,Aliya’s father was working with a?

Question : Who is the author of the novel “Sweet

Question : How old was Aliya in the novel?

Question: According to one expert; “comprehensive

doesn’t encourage kids to have sex”

A. Kiss on the lips

B. Kiss on the laps

C. Kiss on top the lips

D. Kiss on top the tech

Answer : kiss on the lips

Question : Who almost fainted when he heard that some student were caught on the school basketball court at night having “s*x”?

Question : Good comprehensive programmes teach students that abstinence is the only sure-fire way to prevent pregnancy and STDs.

Question : Adoringly, Aliya was referred to as…

Question : Who asked this question “What does HAK and KOTL mean?”

Answer. Aliya. Recall that Aliya once asked her dad, Mr Bello: “Okay Daddy, what does HAK and KOTL mean?” And when the father expressed his ignorance of the acronyms, Aliya gleefully answered her own questions; “HAK means ‘ Hugs and Kisses’ while KOTL means ‘Kiss On The Lips’”.

Question: Mr Bello is a ___ by profession from the novel.

Question : Where were the student caught having s*x?

A. At the chapel

B. Behind a lawn tennis court

C. At the basketball court

D. In the toilet

Answer: at the basketball court

Question : ___ is the protagonist in the novel, “Sweet Sixteen”

Question : From the novel, most teenagers knows what adults seems to be hiding from them

This is all we have for this topic: 100 Likely Questions & Answer From 2020 Jamb Novel “Sweet Sixteen”. thanks

If you think this post can be helpful to somebody else, please share it on Twitter, Facebook or Whatsapp. There are buttons floating on your screen, So easy to use too just  a tap on your selected icon.

Copyright Warning: Contents on this website may not be republished, reproduced, redistributed either in whole or in part without due permission or acknowledgement. All contents are protected by DMCA.