Faraday’s first law of electrolysis states that the mass(m) of an element discharged during electrolysis is directly proportional to the quantity of electricity(Q) passing through it.

(1ci)
If an organic compound contains carbon atoms joined by double or triple covalent bonds. The compound is said to be an unsaturated hydrocarbon.

(i) Each spectral line is caused by one electron

(ii) Electron can exist only in circular orbit of definite quantum energy.

It could not account for the spectrum at note complicated atoms

(i)Temperature of the reacting system

(ii)Pressure of the reacting system

(iii)Concentration of the reacting system

(i) Both liberate carbon(iv) oxide

(ii) One produce a chloride salt , the other produce an ethanoate salt 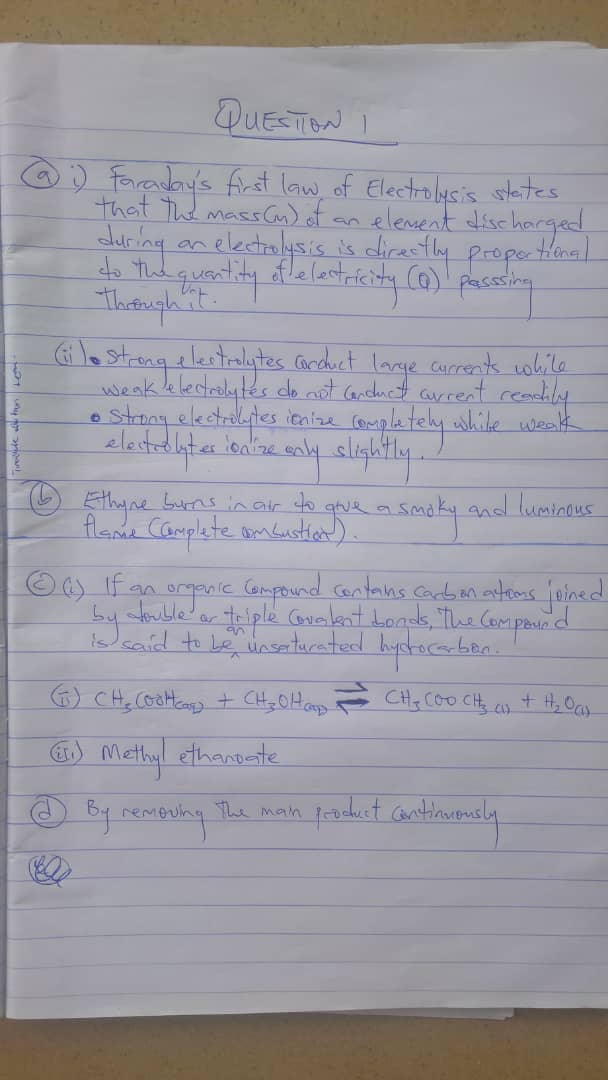 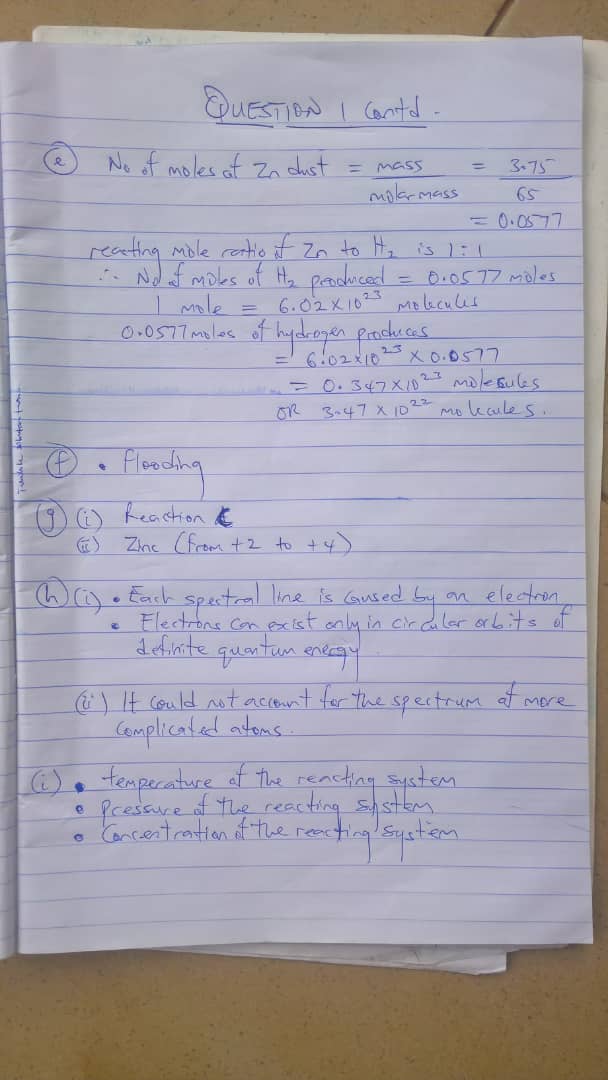 (2ai)
They are isomers

(2aiv)
They contain the same functional group the single bond. The only difference is the polarity(physical property)
The Cis – polar compound while Trans-1, -di chloroethane is non polar

(2di)
Mole is a standard scientific unit for measuring large quantities of very small entities such as atoms, molecules, or other specified particles 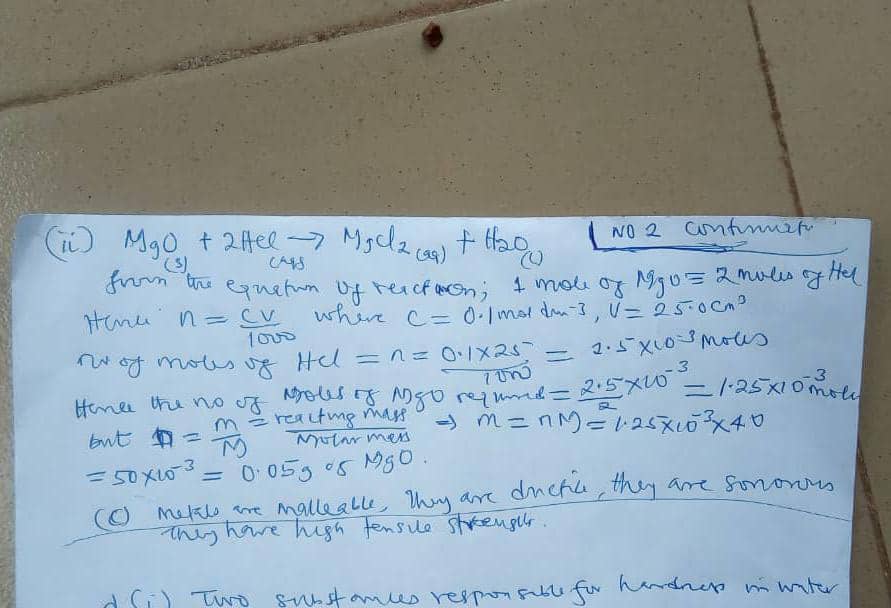 (3av)
The heat content of the reactant is higher than that of the product.

(3ci)
Isotopy is the existence of an element in more than one physical form with the same atomic number but different atomic masses. 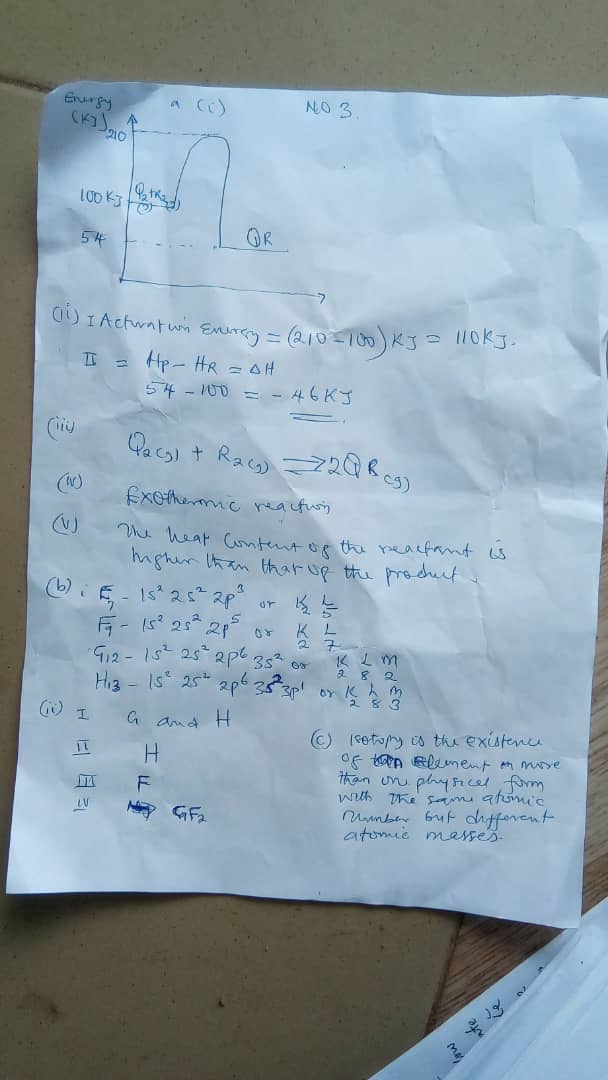 (4ci)
It is not dissolved directly in water because the heat evolved during the process would cause the acid solution to boil, producing a mist of acid droplets which would spread throughout the factory

(4ciii)
I. Displacement reaction
II, As an oxidizing agent 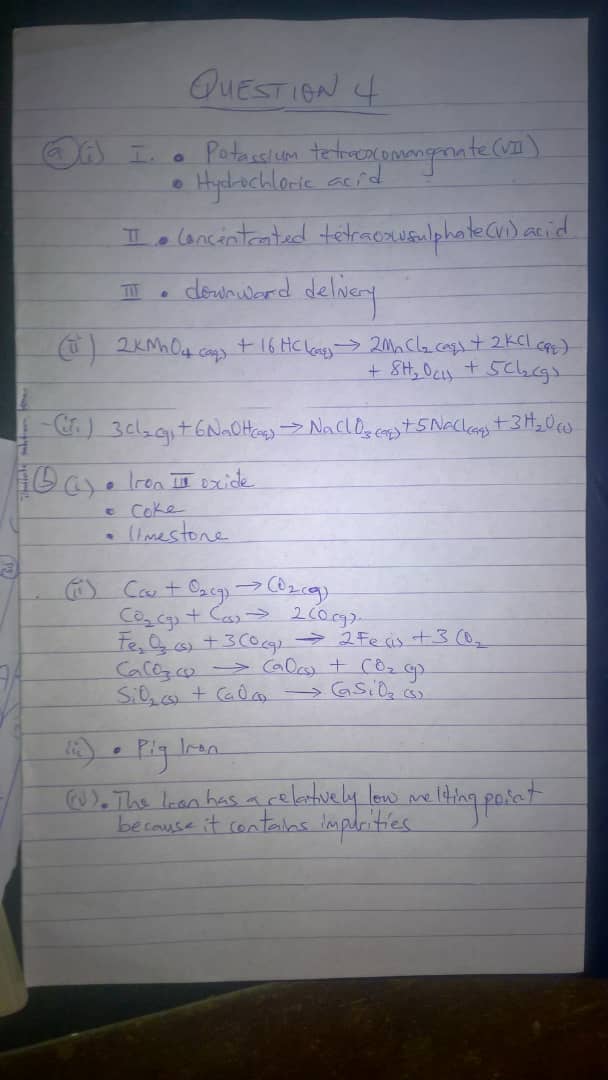 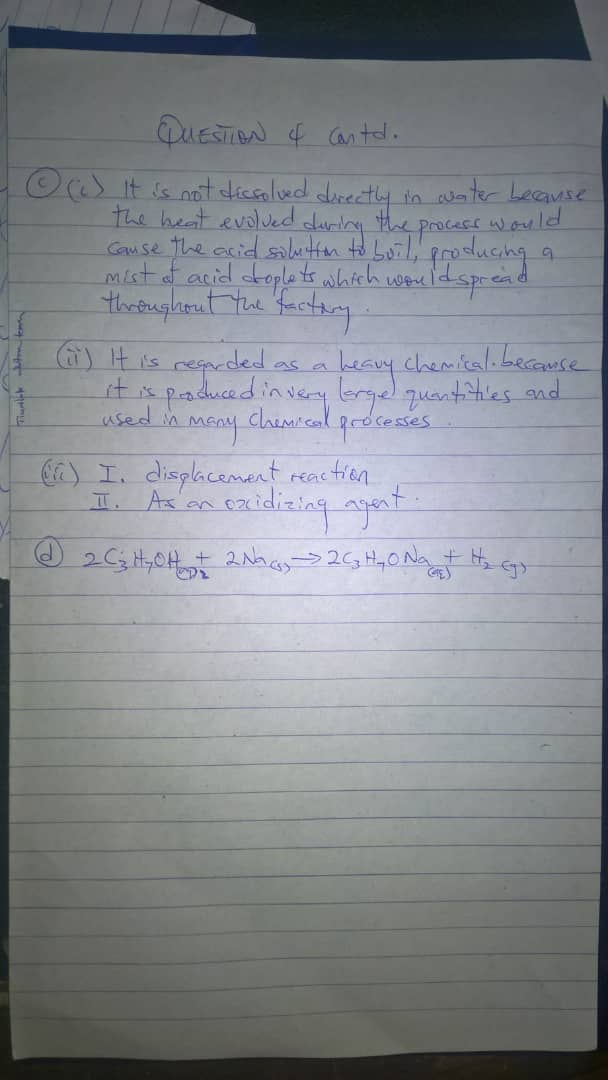 (5aii)
To show that hydrogen chloride is extremely soluble in water.

(5aiii)
Fill a round-bottomed flask with dry hydrogen chloride through a tube A and air through another tube B. Add a few drops of water through B and close the tubes. Invert the flask into a trough of water containing blue litmus solution. The water turns red. 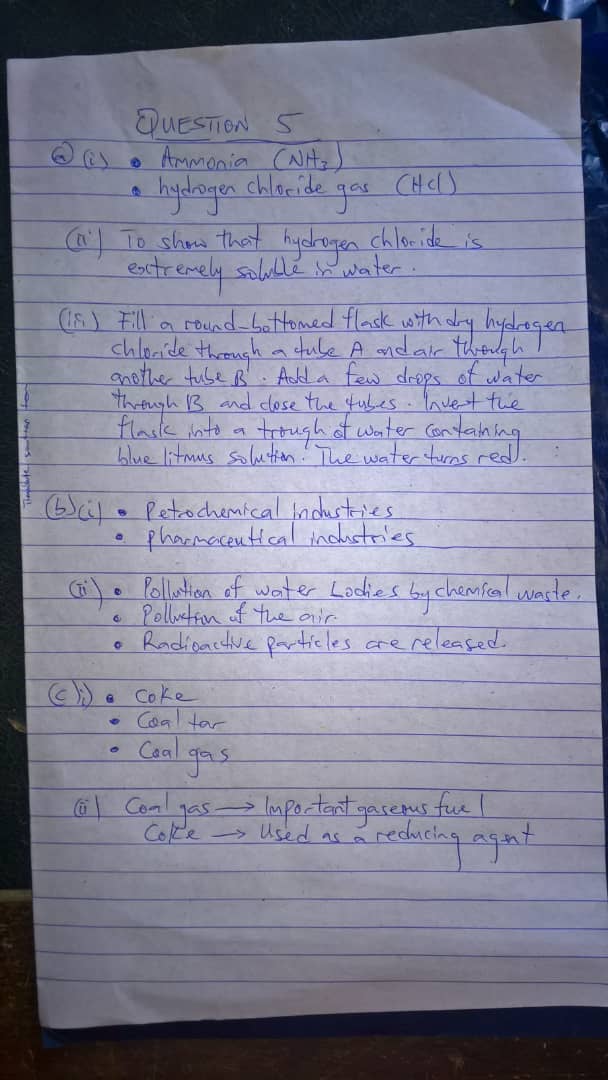